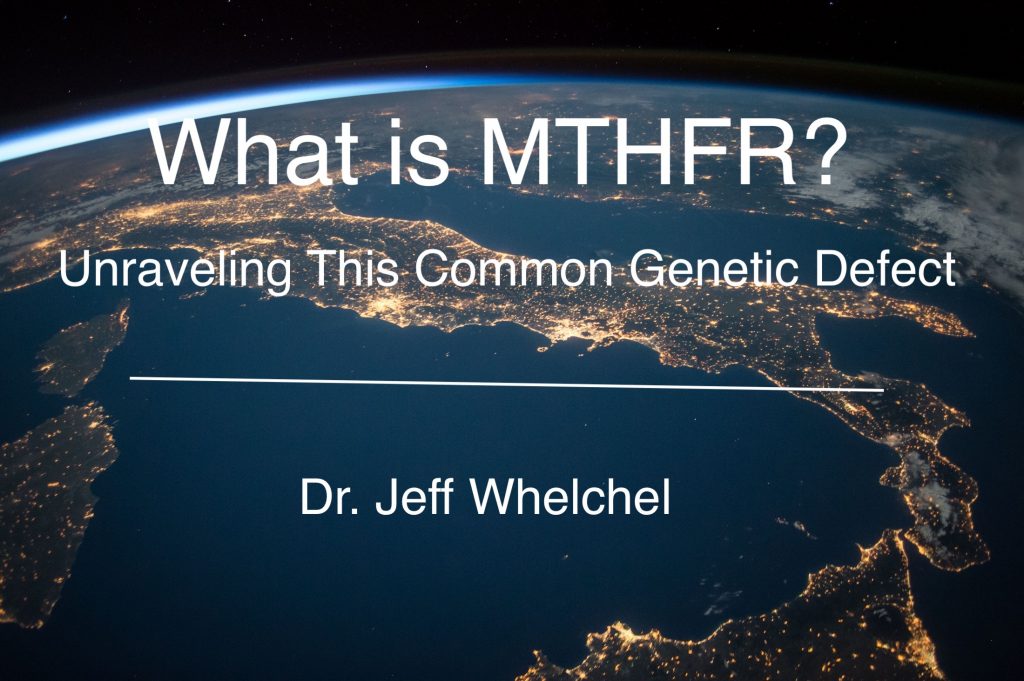 ​​Science and medicine are ​in the ​early stages of understanding ​genes and gene mutations and the potential of gene therapy to treat disease.

The MTHFR gene mutation​s are probably the best known of the​ gene mutations, but ​relatively little is truly known about them by most people.

Having one of these gene mutations may increase your risk of developing heart disease, stroke, depression, neurological disorders, birth defects, developmental disorders, and possibly even cancer.

In this article, I will discuss ​the MTHFR gene mutation, explain how you can be tested for it, and show what it may mean if you are positive for one of ​its common variants.

What is a Gene?

Even though this is not a hormone issue, I am frequently asked about MTHFR in my practice.  ​Since is could potentially impact your health it deserves a blog post in order to help ​you stay informed.

In order to understand MTHFR and the concept of a gene mutation, we need to do a quick primer on genetics.

Every person in the world has the same approximately 20,000 genes (​NOT jeans for you shopaholics reading this!).

The differences between us come from the slight variations in those genes.

Almost every cell in your body contains the complete set of instructions on how to make you.  These instructions are coded in your DNA. 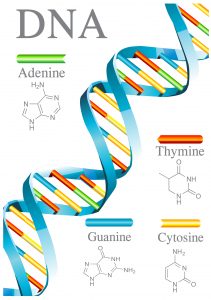 The DNA strands are then organized into larger pieces called chromosomes.  Humans have 23 pairs of chromosomes for a total of 46.  Other animals and plants have a different number of chromosomes. 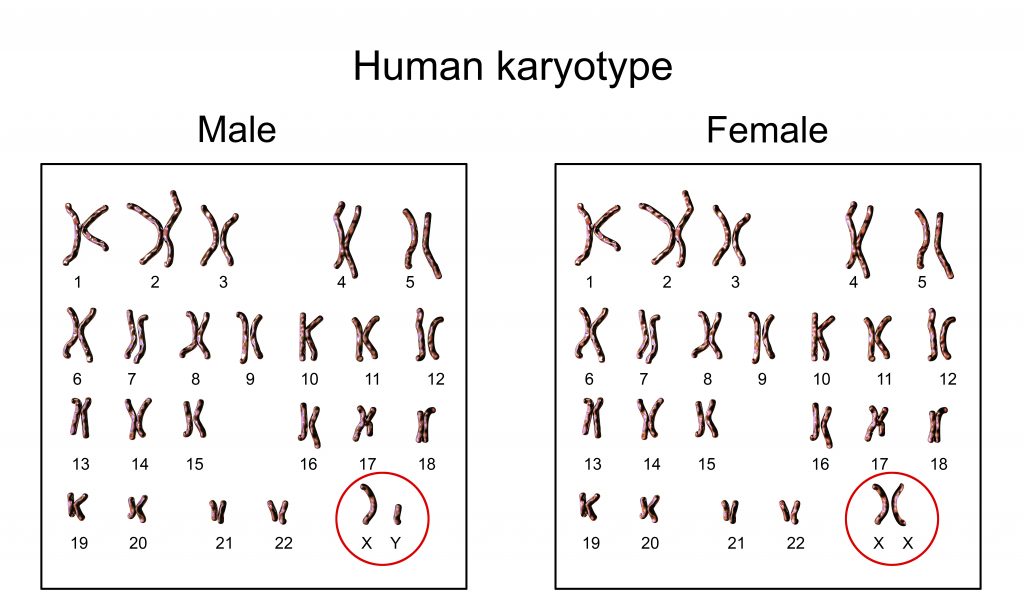 Chromosomes are further organized into short segments of DNA called genes.  A gene has a set of instructions that tells your cells how to function and what traits to express.

The cells use the instructions given by the genes to make proteins.  Proteins do much of the work in the cells of your body.  Some give the cell its shape and structure, while other proteins help the cells carry out certain biological processes, such as carrying oxygen to the body.

Proteins can be further organized into larger molecules called enzymes.  Enzymes serve as catalysts to bring about ​certain biochemical reactions.

In the situation we are discussing in this article, an enzyme causes a reaction that allows nutrients from food that were eaten to be metabolized so that they can be used by the body.

The body typically metabolizes substances by triggering an enzymatic reaction that attaches a molecule to the substance.

So if every cell contains all of the same DNA, how does one cell know to make a finger while another makes a heart?  The answer lies in the intricate system of genetic switches.

Master genes turn other genes on and off, ensuring that the right proteins are produced at the right time in the right cells.

​I hope I haven’t overwhelmed you.

​Now that you have an overview, let’s get into the specific situation of MTHFR…

The MTHFR gene is found on the short arm of chromosome 1.

The MTHFR enzyme has 2 primary functions:

1.  It metabolizes folic acid (also called folate or vitamin B9) by converting it to methylfolate.  Remember, it adds a methyl group to it.

​2.  ​​It helps to keep homocysteine levels low because methylfolate converts homocysteine back into methionine, which ​is then recycled​.

Methionine is used to make other important proteins in the body.  These include SamE, which ​plays a major role in serotonin production, and glutathione, which helps with detoxification of heavy metals and environmental toxins.

​Up to 60% of the population has been shown to have a defect in the MTHFR gene (also called a polymorphism or SNP).  The defects can impair the ability of the MTHFR enzyme to methylate folic acid and convert homocysteine to methionine.

​Remember, you have 2 copies of every gene in your body (one from mom, one from dad).

If the defect is on both genes (homozygous), it results in a more severe impairment of the function of the enzyme compared to a heterozygous defect.

​Studies have shown that the above genetic defects may impair the ​efficiency of the MTHFR enzyme by the following percentages:

​Symptoms of an MTHFR Mutation 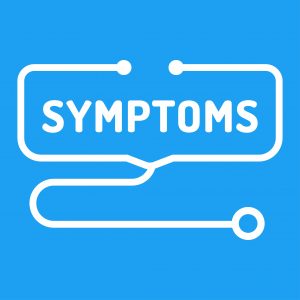 ​The gene mutations themselves do not directly cause any health problems.  However, they may cause an exaggerated response to a poor diet or poor lifestyle choices.

​Any signs or symptoms caused by the MTHFR gene mutation will be the result of having an elevated homocysteine level, a low folic acid level, or low SamE and glutathione levels.

These conditions seem to be more common with the A1298C mutation.

This probably occurs because the methylfolate increases levels of SamE which then raises serotonin levels.

​MTHFR gene mutations, particularly the homozygous C677T and compound heterozygous mutations, have been shown to be a risk factor for the following:

​The increase in incidence is most likely due to the elevation of homocysteine levels caused by the gene defect.

With the MTHFR defect, less methionine is produced which results in lower levels of glutathione.

Glutathione is one of the primary detox molecules in our body.  It helps to clear heavy metals, BPA, and other environmental toxins from our body.

​Symptoms that can occur if we have an excess of these toxins can include nausea, diarrhea, abdominal pain, asthma, hair loss, rashes, and others.

In one study, ​there was a 3-fold increase in the risk of autism in children with the C677T defect.  If they also had the A1298C defect, their risk rose by 8-fold.

In another study, mothers with an MTHFR mutation who didn’t take folic acid during their pregnancy were found to be 7 times more likely to have a child with autism.

​Folic acid and B12 supplementation has been shown to reduce the symptoms of fibromyalgia.

MTHFR mutations have also been possibly linked to colon and gastric cancers.

MTHFR mutations have been linked to an increase risk of premature delivery​ as well as birth defects. 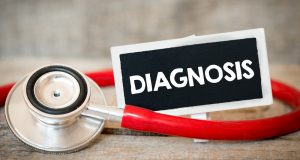 There is a blood test available to test for an MTHFR defect.  It can also be tested through buccal (cheek) swabs.

​Testing for MTHFR is not routinely ordered in most doctors offices unless the patient has an elevated homocysteine level or a positive family history of having an MTHFR defect.

In fact, there are many experts that believe there is not enough data to support or recommend routine testing at all for the defects.

If you want to have it tested “just so you will know,” then there is a strong possibility that your insurance will not cover it and it could cost a few hundred dollars.

A cheaper option may be to order a home testing kit from an online source such as livinggenes.com. Most cost about $150.  Another option would be to get a full genetic testing kit through 23andme.com.

​Treatment of an MTHFR Gene Defect

​Since the core issue with an MTHFR gene defect is inadequate methylation of ​B vitamins (particularly foic acid), taking a B complex vitamin that​ has methylated forms of folic acid, B12 and B6 is a mainstay of treatment.

It is important to stay away from vitamins that have synthetic folic acid​ and synthetic B12 (cyanocobalamin) if you have an MTHFR defect. Since your ability to methylate it is already impaired, it could actually make things worse.

You can buy my methylated B vitamin of choice by clicking here.

​There is inadequate data at this time​ that eating a diet low in folic acid has any significant impact.

​Helping your body to detox naturally is also key.  This includes:

​On a personal note, my homocysteine level was ​16.3 on labwork from a year ago.  Further testing showed that I was heterozygous for one of the MTHFR mutations.  Since cleaning up my diet, detoxing better, and taking a methylated B vitamin, my most recent labwork showed my homocysteine level at 4.5!

​The MTHFR gene carries the instructions for making the MTHFR enzyme.  That enzyme is responsible for methylating folic acid which allows it to be metabolized in the body.

There are several known genetic defects in the MTHFR gene that can reduce its ability to methylate.

The lack of methylation can lead to low levels of folic acid and high levels of homocysteine, which can increase cardiovascular risk and multiple other medical conditions.

This can be managed by taking a methylated B vitamin, eating a whole, natural food diet, managing stress, and detoxing adequately.

Have you or someone you know been diagnosed with an MTHFR defect?

If so, how are you managing it?

Leave any questions or comments below.