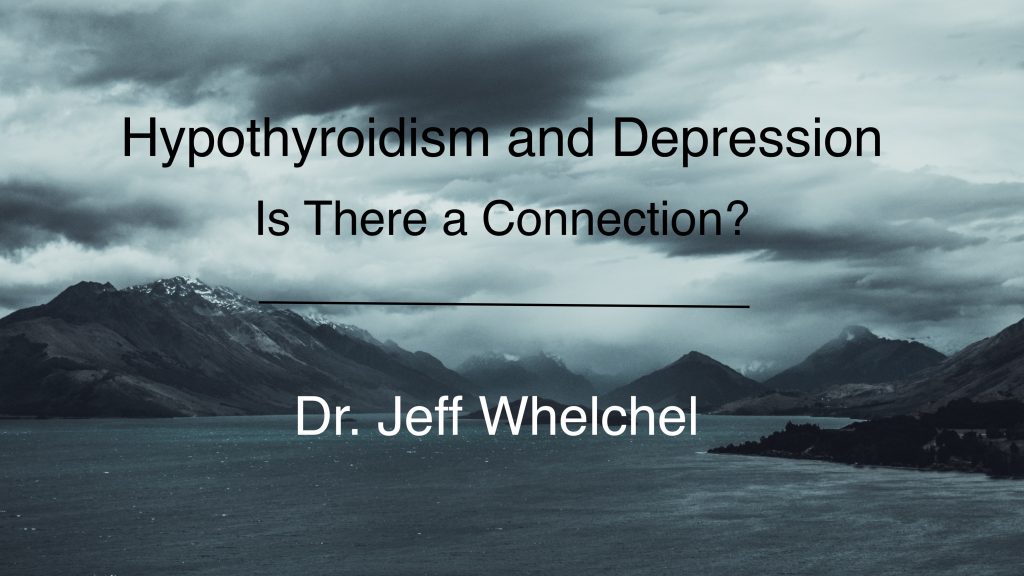 Hypothyroidism and Depression – Is There a Connection?

​Is there a connection between hypothyroidism and depression?

Will taking thyroid medication reduce or even eliminate depression symptoms?

Do you still have depression even though you are on thyroid medication?

In this article, I will discuss the connection between hypothyroidism and depression, how thyroid medications can often help both conditions, and other causes of depression that you should consider...

​The ​Connection Between Hypothyroidism and Depression

​It is a​ well known fact​ in medicine that hypothyroidism is ​often associated with ​symptoms of depression. You will commonly find it listed as a symptom of hypothyroidism.  Click here for an example.

Doctors are even taught to check thyroid lab tests in any patient that presents with new symptoms of depression.

But how exactly are they connected?  We aren't completely sure.

​However, we do know these connections: 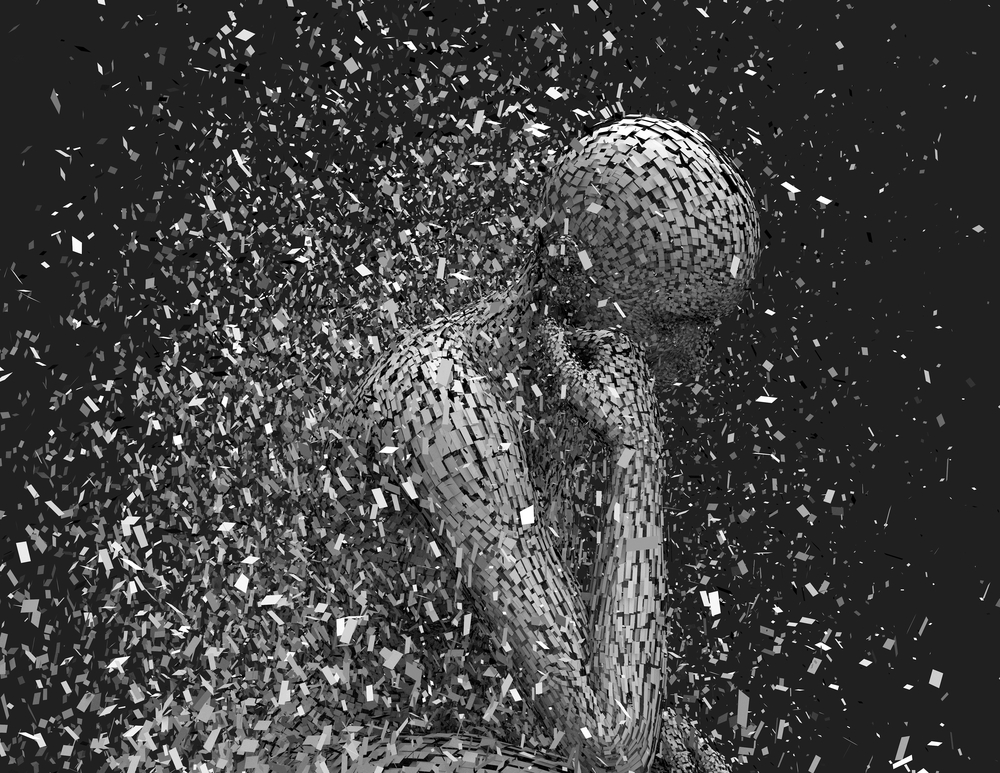 ​So what is depression anyway?  Most of us have no problem explaining the common symptoms that we call depression.

​When several people share a similar group of symptoms, ​medical organizations ​like to give it a name. This is to make things more simple, but​ it also makes it easier to bill insurance.

​What ​this fails to take into account is what condition or conditions caused the symptoms in the first place!

If you are fatigued, moody, and are gaining weight since you hit menopause, should you be treated the same way as someone that just went through a divorce, or someone that is anemic​, or someone who has​ an autoimmune disease?

In other words, it is a side effect of one or more other problems.  In order to properly treat the depression, the root cause must be identified and addressed.  This is the foundational principle of functional medicine. 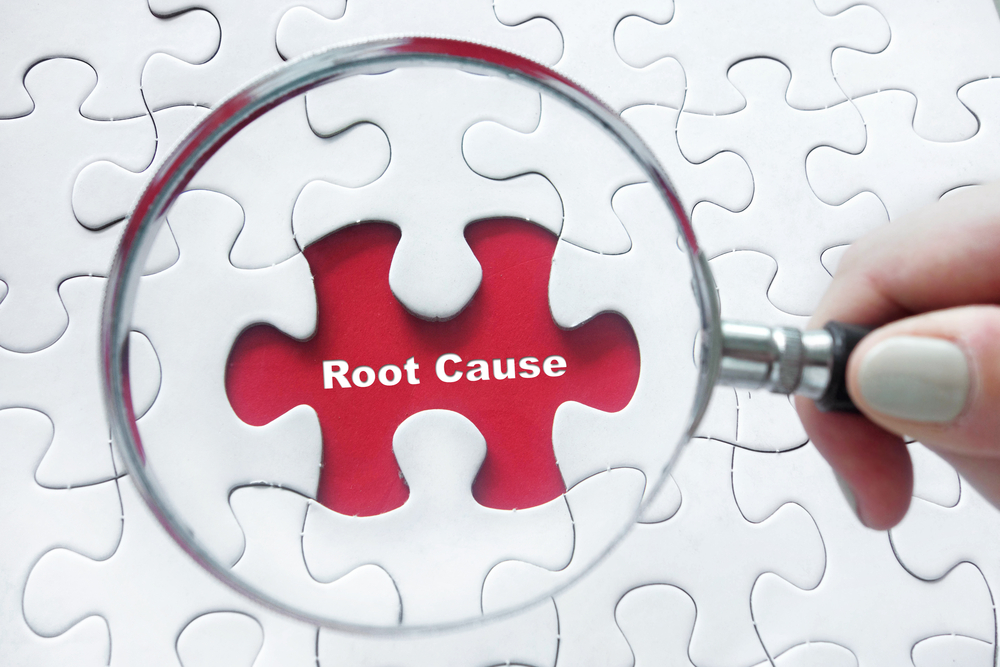 ​​An imbalance in one or more hormones commonly results in symptoms of depression.

​An abnormality in these hormones should be ​one of the first things that you consider and test for when you are investigating the cause of your depression.

​Nutrient deficiencies ​commonly cause anemia and other conditions that result in depression symptoms.

These include B12, folic acid, and iron.

If you don't test for them you will never know if you are deficient or not!

​Gut dysfunction can lead to the nutrient deficiencies listed above, it can result in a decrease in neurotransmitter production such as serotonin, and it is a primary reason why​ autoimmune disorders develop.

Most diseases in the body ​is worsened or even starts with gut dysfunction.  In fact, when I have a difficult patient and I'm not sure what to do, I start with working on their gut.

​Gut issues include lack of stomach acid, SIBO or SIFO, and dysbiosis.

​Inflammation causes a decrease in energy production in the mitochondria of the cells.  This results in fatigue, insomnia, chronic pain, and other symptoms of depression.

Most of these can be detected with proper lab testing.

​Alcohol abuse ​has been shown to be associated with depression in several studies.

​Stress (particularly chronic stress) has been closely associated with depression.

​Studies have shown that pursuing religion and spiritual beliefs can help reduce depression symptoms.  ​Guilt and conviction of not following or pursuing your personal religious beliefs could be a major source of stress that will need to be addressed.

​​IT IS IMPORTANT TO REALIZE THAT it is possible and even probable that your depression is multifactorial - meaning ​it could be ​caused by several of the reasons listed above.

Treating only one of the causes may not significantly reduce your symptoms.  It will be necessary to address ALL of the causes to get the most benefit. 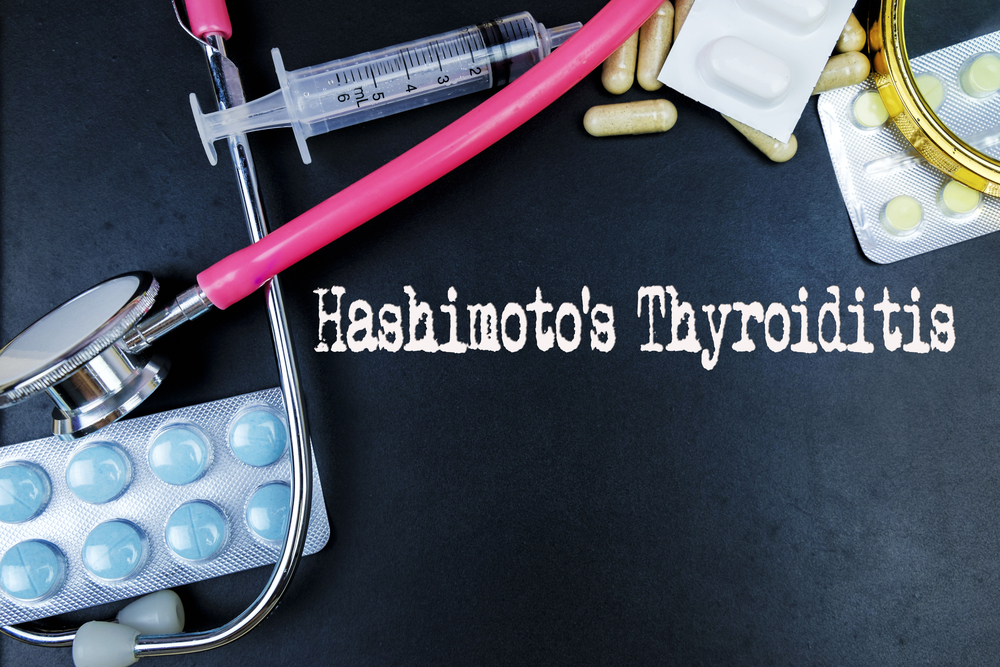 ​Since up to 90% of hypothyroidism is caused by Hashimoto's Thyroiditis, it deserves discussion as well.

As you know, Hashimoto's is an autoimmune disorder that if left un​treated will ​slowly and gradually destroy the thyroid gland, resulting in hypothyroidism.

​One of the things that makes Hashimoto's even more difficult than hypothyroidism is the fact that the TSH will often be in the "normal" range even though the patient may be having significant​ symptoms such as depression, constipation, fatigue, etc.

That is ​important because if the TSH is normal, very few doctors will give those patients thyroid medication, even if they have are having symptoms.  As we will discuss later in this article, thyroid medication can often greatly reduce depression symptoms.

Studies show that patients with Hashimoto's are at increased risk of developing both depression and anxiety, even when their TSH is normal.

In fact, it appears that thyroid antibodies themselves can ​actually cause depression symptoms.

​It is therefore ​crucial to get a complete thyroid panel, including free T4, free T3, TPO antibody, and thyroglobulin antibody levels.  That will give you a​n indication of whether you are deficient in thyroid hormone​ at the cellular level and if you have ​autoimmune thyroid disease.

If someone is having depression symptoms and they have a normal TSH but a low free T3, starting a trial of thyroid hormone medication may be warranted.

They may also benefit from other Hashimoto's therapies that help reduce antibody levels.  These can include selenium and zinc supplementation, vitamin D supplementation, LDN therapy, and others.  I discuss many of these in other blog articles on my website.

Click here to read more about ​treatments for Hashimoto's.

​Treatment of Depression with Thyroid Medication ​Studies have shown that thyroid medication can be very effective in treating depression and depression symptoms.

It can ​reduce depression symptoms when added to an SSRI (the standard conventional treatment for depression) as shown in this study.

​Giving T3 medication has also been shown to be effective at treating depression even when patients are resistant to standard SSRI treatment.

There are also studies that show using T3 by itself is effective at reducing depression symptoms.

Of note, T3 has also been shown to be effective in treating mood disorders such as bipolar disorder, even when patients have failed multiple mood stabilizing medications.

​So why does thyroid hormone (particularly T3) help with depression?

​These studies show that there is probably a connection between mood and thyroid function.

There may even be a subset of depressed patients that actually have ​hypothyroidism that has not been identified.

There is also the possibility that some patients may have a genetic defect in one of the deiodinase enzymes that converts T4 to T3.  This may result in a decreased level of T3 circulating in the brain.

I believe that it is good medicine to have a complete thyroid panel drawn on all patients that have symptoms of depression.

If you have failed multiple depression therapies and medications, it ​would even be reasonable to try a trial of thyroid medication, especially if your free T3 level is not optimal.

This can be done safely if th​ese guidelines are followed, which is further explained in this article:

​T3 medications can sometimes cause ​side effects such as jitteriness, palpitations, excessive sweating, headache, and other symptoms.  Make sure you communicate any of these with your doctor if you are taking T3 medication.

​Some people simply cannot tolerate liothyronine due to side effects.  In those situations, a compounding pharmacy can make sustained-release T3 (SR-T3) which is typically much better tolerated.

​7 Steps to Consider if You Have Depression

​If you​ are suffering from depression, I would recommend that you follow the 7 steps below to ​help reduce or eliminate your symptoms:

​1.  Get a Complete Thyroid Panel

​Just checking a TSH level is woefully inadequate to truly evaluate your thyroid function.  Instead, I STRONGLY recommend that you ask your doctor to check all of the following tests: ​If either antibody test is >35, then a diagnosis if Hashimoto's Thyroiditis can be made. 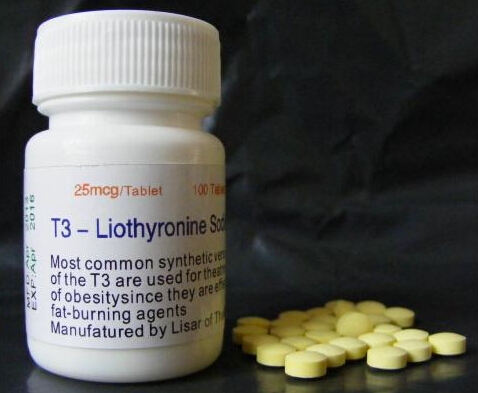 ​Many people have issues with T4 to T3 conversion due to chronic inflammation and gut issues​.  Adding T3 to your other thyroid medication bypasses the need for the conversion step which will allow more active thyroid to reach the cells of the body, including the brain.

As little as 5-10mcg of liothyronine can be helpful.

​3.  ​Reduce your thyroid antibodies if you have Hashimoto's 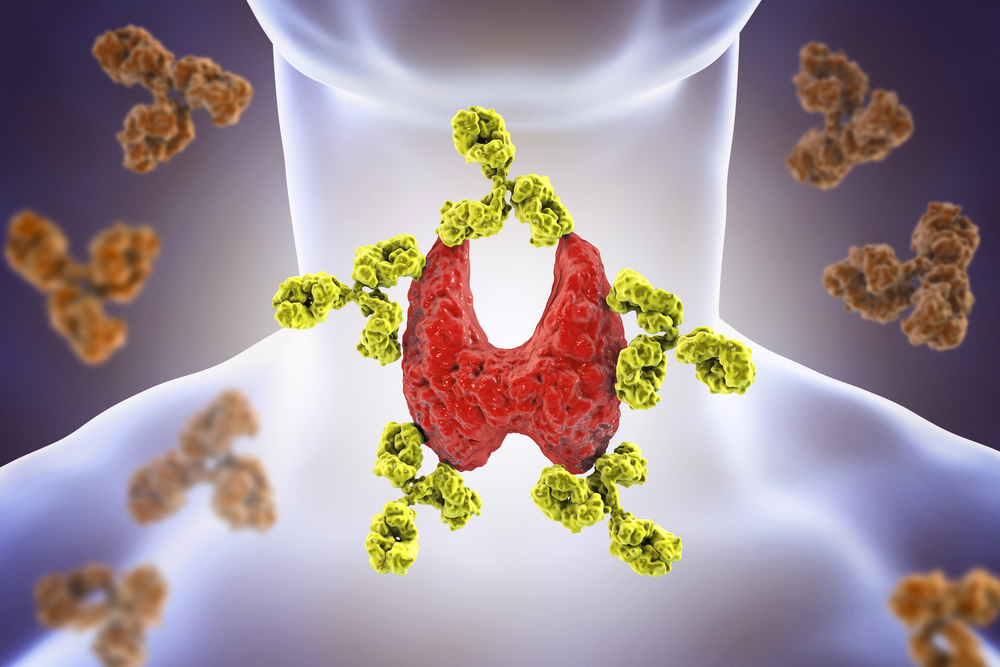 ​4.  ​Identify and treat and nutrient deficiencies 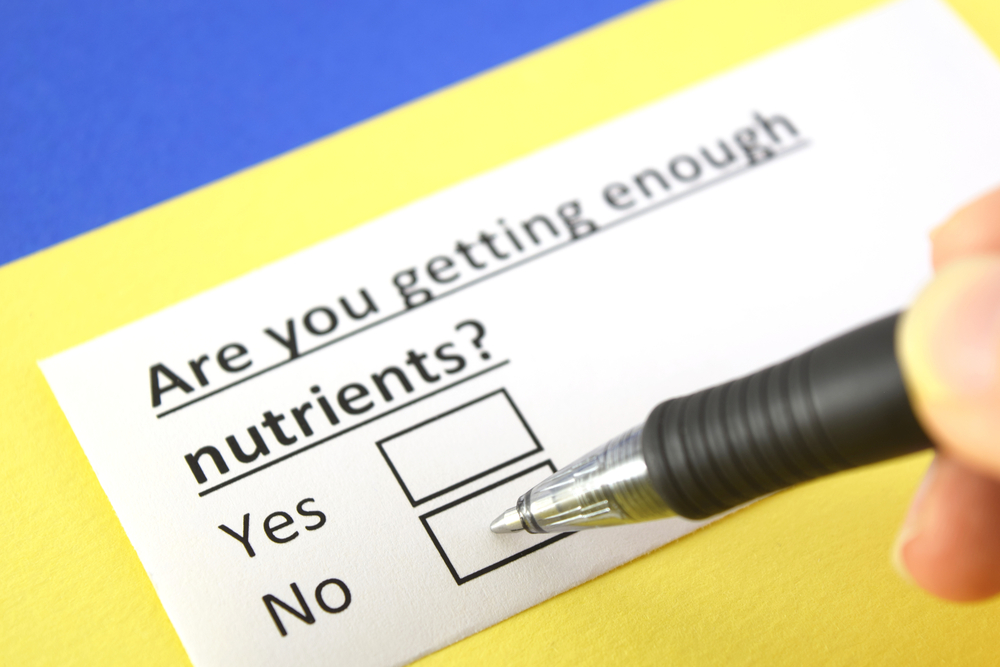 ​These include vitamin B12, folate, and iron.  There are lab tests that test for these directly.  Treatment consists of supplements and improving gut health. 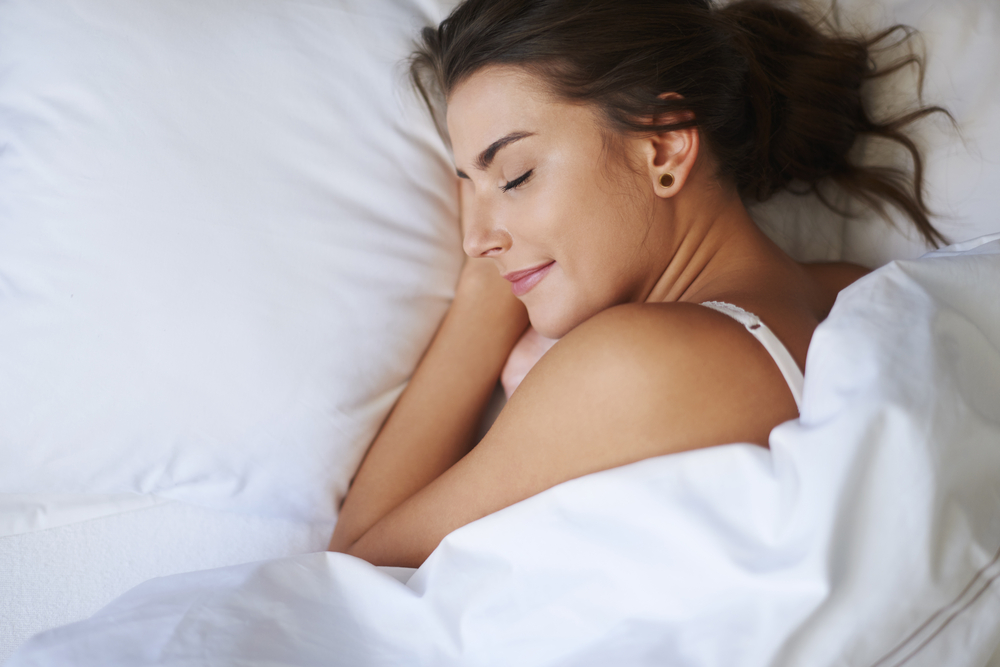 ​It is almost impossible to maintain good overall health if you are getting less than 7-8 hours of good sleep per night.

Here is a fascinating interview of Matthew Walker, a neuroscientist who is considered one of the premiere sleep experts in the world if you want to learn more (warning- there is ​cursing by the host in the interview).

Improving your sleep may actually be the single most potent tool that you can do to combat your depression. 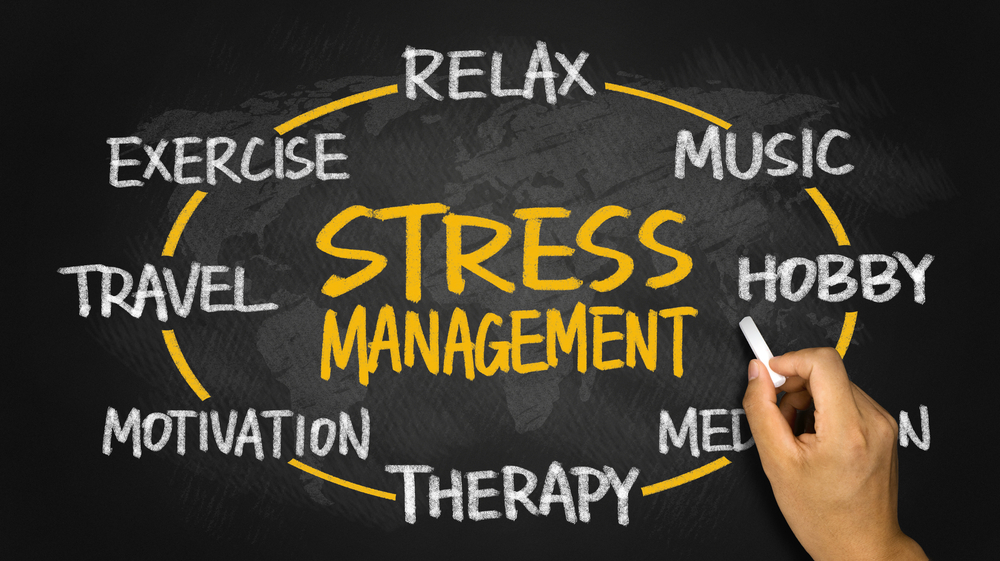 This is always an easy thing to say, but a hard thing to do.

Reducing your stress may need to include changing jobs, ending unhealthy relationships, and placing​ healthy boundaries in your life.

​I would also recommend adding meditation and/or yoga to your daily routine. ​Depending on your particular situation, this can include speaking to your pastor, priest, or spiritual advisor, and re-committing yourself to pursue a deeper meaning in your life.

​Important Note:  You may still ​need the use of an anti-depressant (at least for awhile), but finding the root causes of your depression and dealing with them directly will greatly improve​ your success in reducing or eliminating your depression symptoms.

​Many patients that have been diagnosed with depression also have thyroid issues, including hypothyroidism and Hashimoto's.

In many cases, adding T3 thyroid medication can reduce depression symptoms, even when their TSH is normal.

It is important to get a complete thyroid panel to accurately assess your T3 levels and to check for the presence of Hashimoto's.

As with most conditions, finding the root causes of your depression will allow you to directly address the issues that apply to you.

Do you have a thyroid issue?  Do you also have depression?

Have you tried taking T3 medication to treat your depression?

What has worked for you?  What hasn't worked?

Leave your questions and comments below.