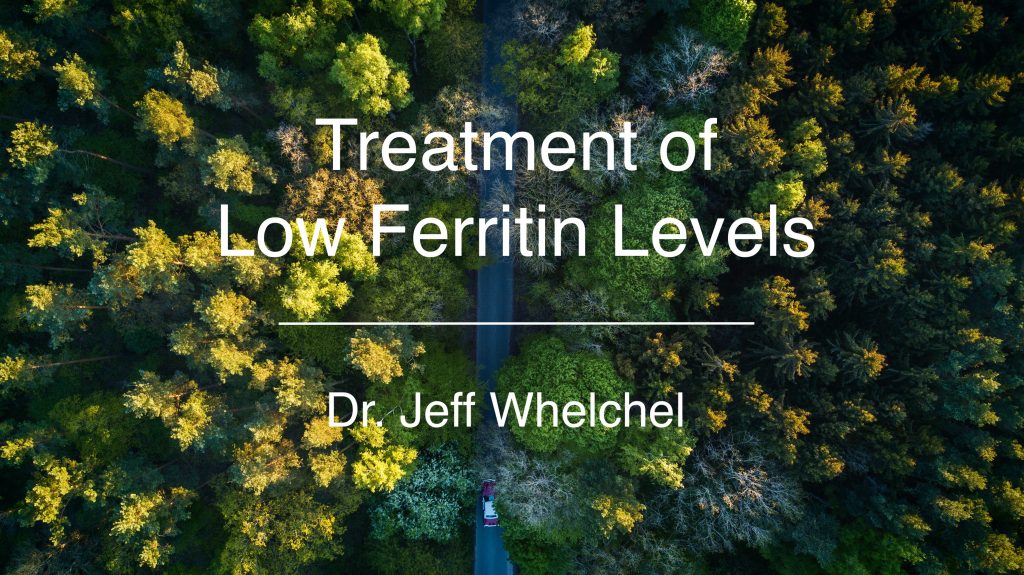 ​Ferritin is an indicator of how much iron is stored in your body.

Low ferritin levels can cause symptoms such as fatigue, shortness of breath, hair loss, and difficulty exercising.

In this article, I will discuss ferritin, signs and symptoms of low ferritin, the common ​reasons that cause low levels, how to test for it, and the benefits of getting if back into the optimal range. 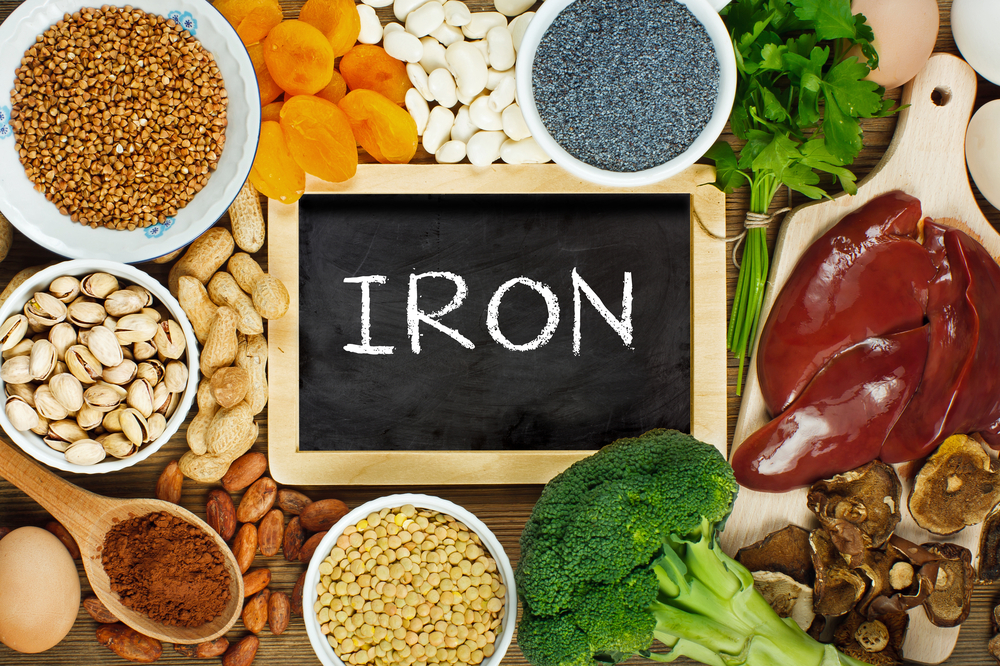 ​Ferritin is a protein that contains iron.  It is the primary form of iron that is stored in cells.

​The level of ferritin in the blood is a reflection of how much iron storage​ is in the body.

Iron is an essential element that the body needs in order to produce red blood cells.  Red blood cells are what carry oxygen to the cells​.

Our bodies cannot produce iron, so it much absorb it from the foods or supplements that we consume.

The majority of iron that we absorb is used to make hemoglobin, the oxygen-carrying molecule in red blood cells.  Most of the remaining iron is stored as ferritin in the cells.

​If iron levels begin dropping for whatever reason (we will discuss these shortly), the body releases ferritin into the blood in order to ​provide the iron that is​ lacking. Eventually, the ferritin levels may drop which is the first indication of iron deficiency.

If this deficiency continues, the ferritin stores will eventually be depleted, hemoglobin production will be reduced, and anemia (low blood levels) will result.

Therefore, a ferritin level is the earliest indicator we have to detect a deficiency of iron.

​Signs and Symptoms of Low Ferritin 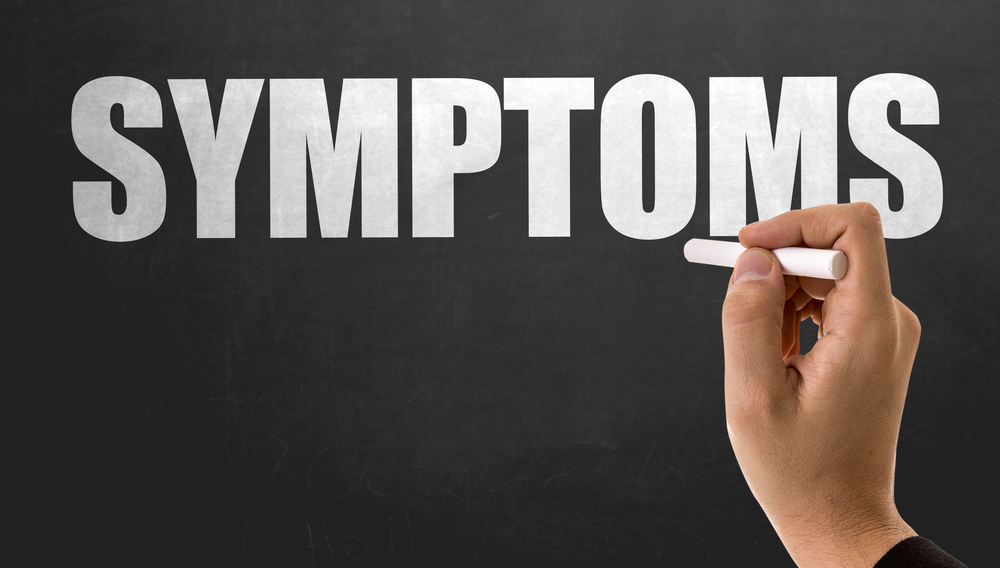 ​There are many common signs and symptoms of low ferritin or iron, but none are specific to that condition.  In other words, the symptoms could also indicate a completely different issue than low ferritin.

The most common symptoms of low ferritin include:

​If you are having some of these symptoms, it is important that you see your medical provider and get a thorough history and physical as well as lab testing to help determine the potential cause(s).

​Can You Have Low Ferritin but No Anemia?

​A low ferritin level is typically the first lab abnormality that ​occurs when iron levels start dropping.  It can occur for weeks or even months before the ferritin levels are depleted to the point that iron and hemoglobin levels drop.

As a result, many patients may have symptoms of low iron, but they are not treated because it has not progressed to the point of causing anemia which would then show up on standard lab tests.

​A ferritin level is often not included in the initial labs tests of patients with the above symptoms. You may have to ​specifically request it when you see your medical provider. 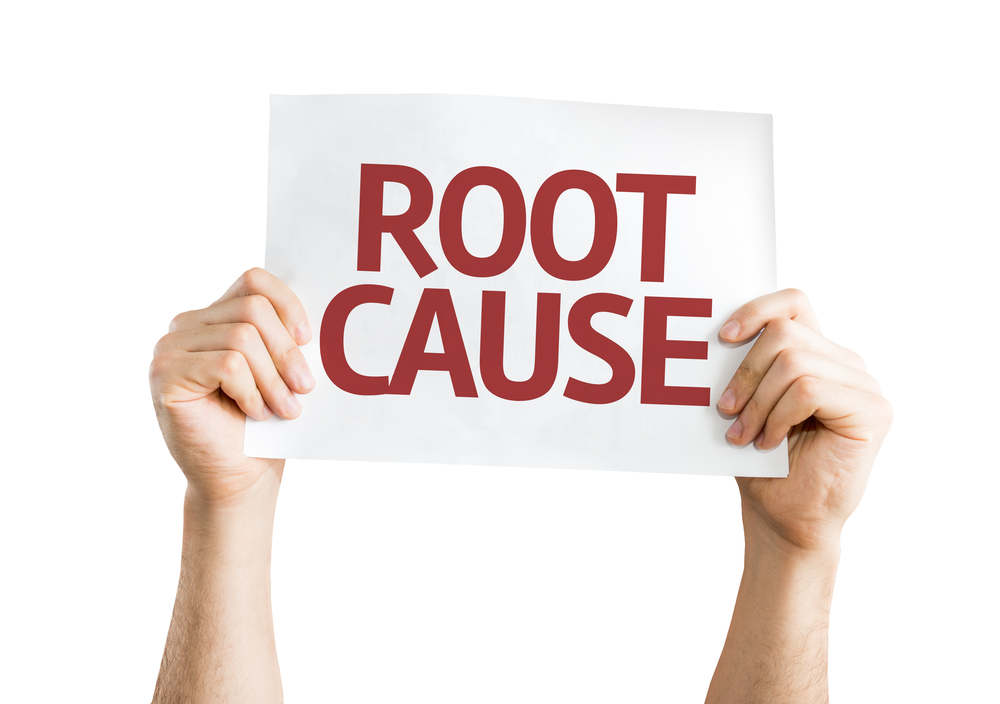 ​Very simplistically, low iron/ferritin is caused by one of 2 things - either you aren't absorbing enough iron or you are losing iron somewhere.

With that in mind, the most common causes of low ferritin that I see in my practice include: 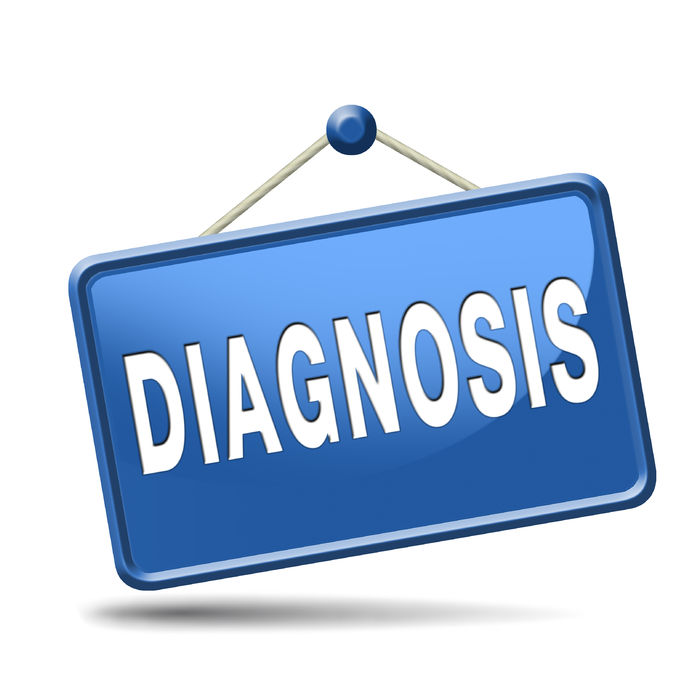 ​When evaluating for the possibility of low iron or ferritin, I recommend getting the following tests:

​Keep in mind that like with many other tests, there is a difference between the "normal" reference range of ferritin and the "optimal" range.

Obviously, any level below 15 is "low" and should be addressed.  However, people with ferritin levels in the "low normal" range of most laboratories can still be symptomatic.  If they are treated they will usually feel better.

Remember, a low or suboptimal ferritin level may be the first indicator of iron levels that are beginning to drop.  It may take weeks or even months before the other labs become abnormal enough to get the attention of your medical provider.

​That is why I consider the optimal range for ferritin to be 30-40 ng/mL. 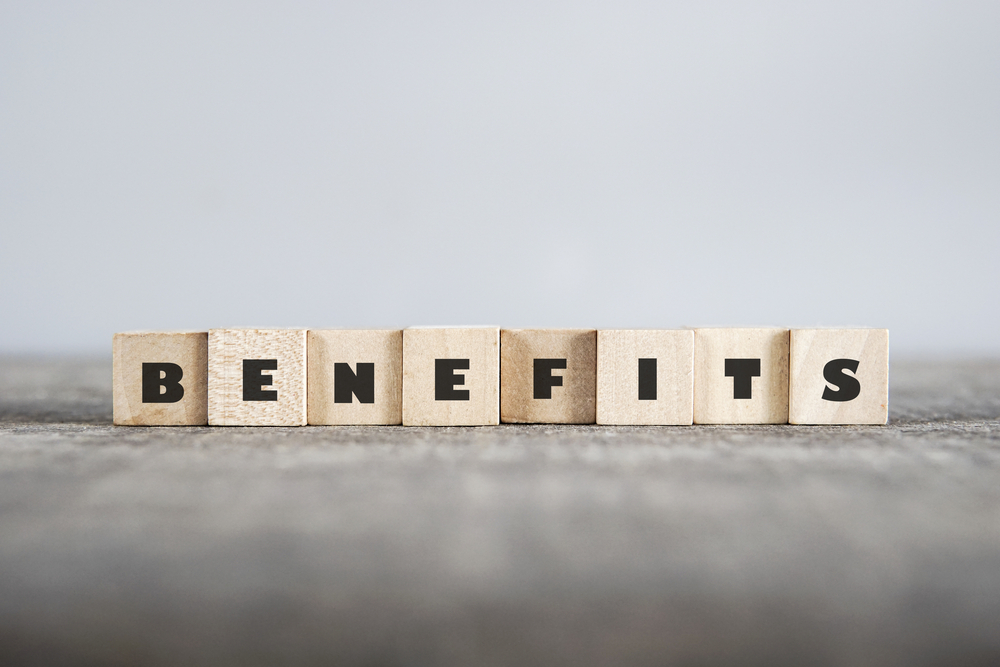 ​Besides reducing symptoms, why should you correct your ferritin level?  Let's discuss the most obvious:

​One of the biggest reasons to correct your ferritin level is its effect on​ the thyroid.

That makes sense when you think about how so many of the symptoms of low iron/ferritin are the same as the symptoms caused by low thyroid - fatigue, hair loss, etc.

Replacing low iron levels should result in an improvement in your thyroid function.  This is especially important if you have known hypothyroidism.

Low iron/ferritin is an important and common cause of hair loss in premenopausal women.  In many of those situations, the hair loss is often blamed on genetics or thyroid problems when it's actually from low iron.

Another study showed that in healthy women of childbearing age, a ferritin level of < 30 ng/mL was strongly associated with telogen hair loss.

If you are having hair loss and your ferritin level is < 30 ng/mL, it may be worth taking an iron supplement to see if the hair loss improves.

​Low iron is not the only nutrient that can cause hair loss.  Other nutrient deficiencies should also be considered, including selenium, zinc, and l-lysine.

​One of the primary symptoms associated with low iron and ferritin is fatigue or ​decreased energy levels.

This is thought to be ​caused by a couple of reasons:

​- Iron helps carry oxygen to peripheral tissues.  Oxygen is required for normal energy production in the mitochondria of the cells.  When the iron is low, oxygen transport may be impaired.

Low energy production typically manifests as a sense of ​fatigue or lack of energy.

​Optimizing the ferritin level therefore helps to ensure that ​the mitochondria are producing energy at their peak ability which will increase the feeling of having ​a higher energy level.

​As I just discussed, iron plays an important role in delivering oxygen to peripheral tissues.  This includes skeletal muscle.

A decrease in energy production in skeletal muscles will result in a decrease in strength and exercise capacity.

This will typically present as an increase in heart rate and worsening shortness of breath (more than you would expect at your level of fitness) while exercising.

If your amount of exercise decreases, typically your body weight will increase which worsens insulin and leptin resistance.

If you are experiences more shortness of breath during exercise than you think you should be having, you may want to consider checking your iron and ferritin levels.

​A critically important yet rarely considered role of iron in the body is how it affects our immune system.

Other nutrients such as zinc and vitamin D also affect the immune system, but if you are getting frequent infections, you may want to think about checking your iron and these other nutrient levels.

That is because the root cause of the low ferritin or iron may also be causing other nutrients to be deficient.

For example, if you aren't absorbing iron because of low stomach acid or dysbiosis, that issue may also be reducing the amount of vitamin B12 that is being absorbed.

​Also, some nutrients are required for the normal absorption and metabolism of others.  For example, vitamin C is needed to absorb iron.

This is something to keep in mind if you find a deficiency of a nutrient such as iron, but correcting it doesn't completely resolve your symptoms.  You may need to look for other nutrient deficiencies. 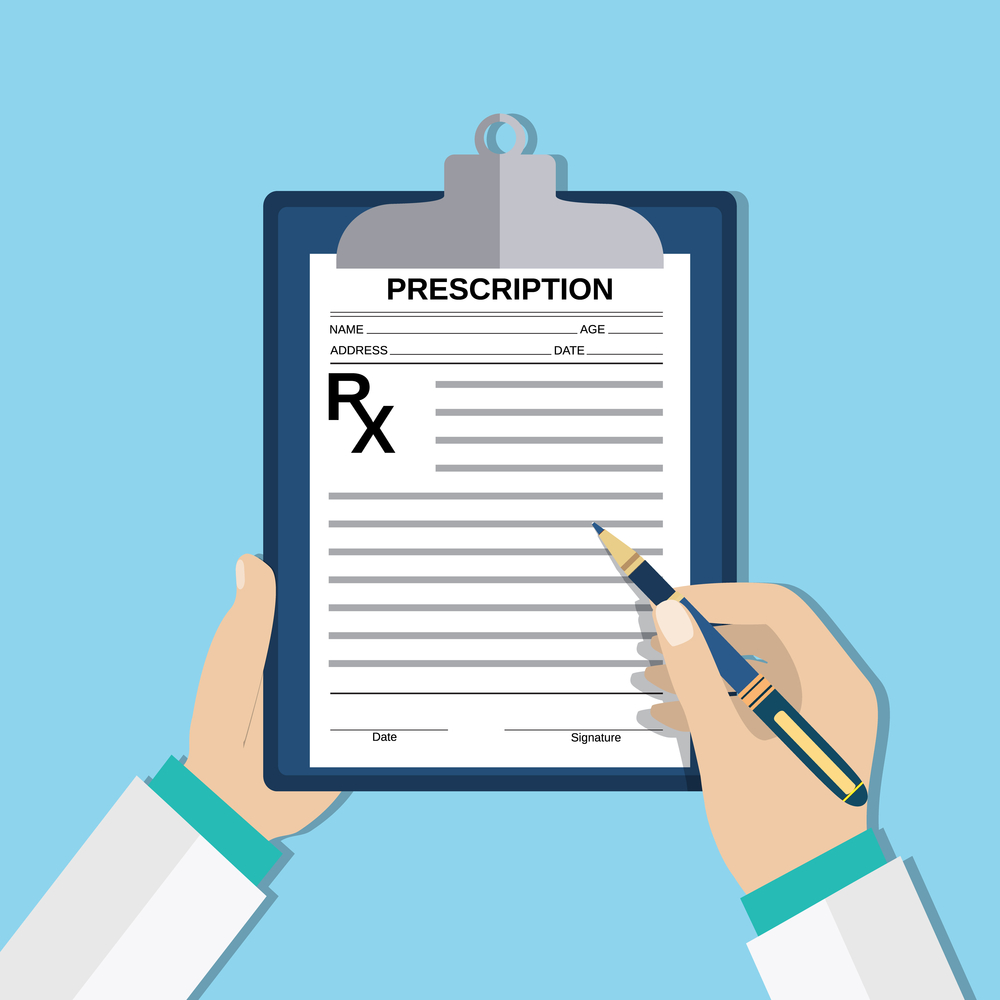 If you decide to take iron supplements in order to increase your ferritin level, there are some things to keep in mind:

​- ​Not enough iron is bad, but too much iron is also bad.  That is why I would not recommend supplementing with iron unless you know your ferritin level and your monitor it regularly.

​- B12 deficiency is commonly associated with low ferritin.  Make sure you monitor for both nutrients.  It is highly likely that you will need to supplement for both.

​- Extremely low levels may require IV iron infusions.  This will depend on the cause of the low ferritin, which should always be investigated.

My recommended brands for iron and B12 are listed below (click on each to be taken to Amazon.com):

​I typically recommend rechecking ferritin (and B12) levels 2-3 months after starting treatment and continuing treatment until the root issue has been investigated and corrected.

​Can Low Ferritin Cause Weight Gain?

​Yes, but most likely due to its relationship with the thyroid.

Also, low thyroid results in insulin resistance and leptin resistance, both of which lead to weight gain.

What About High Ferritin Levels?

​A high ferritin level may mean that there are high iron levels in the body, but it can mean other things as well.

If someone has normal or even low iron levels but their ferritin is high, it typically means that there is some type of inflammation occurring in the body.

​That is because ferritin is what we can an acute phase reactant.

If the ferritin is >150 mcg/dL and the iron is normal or low, then other inflammatory markers should be tested, including CRP and ESR.  This will need to be ​investigated under the direction of a knowledgeable medical provider.

​Iron is a nutrient that is critical to many vital functions in the body.

A deficiency of it can cause many negative symptoms.  These include fatigue, poor exercise tolerance, shortness of breath, and hair loss.

Ferritin is an indicator of the amount of iron stored in the body.  When ferritin is low, it indicates that the body is deficient in iron.

High ferritin levels typically indicate that an inflammatory process is occurring in the body.

Other nutrient deficiencies may be associated with low iron and should be investigated.

​Finding the root cause of the low ferritin level and correcting it is crucial for long term correction success.

​Have you ever had low ferritin levels?

What was the cause?  Did treatment help reduce your symptoms?

Please leave any questions or comments below.

I have been tested. My ferritin is low. I take ferritin -c supplement. It has brought my level up from 17 to my latest test of 32. I lost a bit of my hair & hope it can grow again. I have Hashimoto’s & take nature-t hroid. I will be starting LDN this week.

Hi Paula. Sounds like you are on the right track and are seeing a physician that has experience managing ferritin and thyroid disorders. I hope you continue to improve.

My ferritin level is 4 in the last year of blood tests every 4 months According to what I just read I really need to get it up there. They don’t do iron infusions til my hemoglobin drops below 8 which it’s 9.5. I have all those signs or symptoms. They always check my thyroid which is fine. I need to talk to the dr about this

Hi! My mind is blown! SUFFERING for so long, diagnosed hypothyroid, took meds for a short time (felt worse).
Blood work came back, get ready… ferritin 1, yes one! Normal: 16-32 Should I even be conscious? I had never heard that there is a correlation between thyroid and iron. Thank you! Now I have a direction to help myself feel better! Perhaps I can feel like my battery is charged instead of depleted.

Thank you and I’m so glad that you have found a solution. Best of luck.